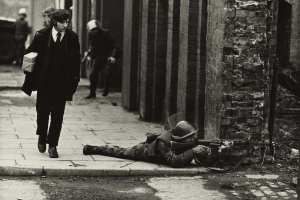 Don McCullin gets you thinking, he also doesn’t hold back.

You’re forced to examine. Question why. Be confronted. Ask how the hell. And recognise that though we are humans and surely share traits like compassion – we are also humans who can clearly turn our backs on compassion.

We also have a tremendous ability to allow suffering.

McCullin has an extraordinary talent for capturing the moment. He’s not preaching at you, rather providing you with the teaching material and you do the independent learning.

It’s a cleverly drawn together retrospective (I hope I’ve used the term correctly…). Starting with his early works in the late 50s and early 60s, with I believe the last shot of the exhibition being one taken in Homs in 2018. 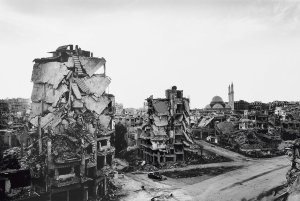 The shots are sobering and at times harrowing. And the subject matter varied.

Even with nine days distance from viewing to posting, the images are still crystal clear and I continue thinking about the Homeless; the Malnourished; the Tormented; the Impoverished; those seeking forgiveness; the destruction; the former grandeur of Palymra; and the respite and beauty of the landscapes.

Since last reporting in on my theatre adventures, I’ve seen some great plays and I’ve left some un-great plays.

Kunene and the King is an exceptional play. The kind you know will be discussed in decades to come. Like when someone brings up Jess Butterworth’s Jerusalem with Mark Rylance, that you (okay maybe I), disappointedly missed. Thankfully dear reader, this one is still playing.

It ticks all the boxes. There’s no interval (thank you); two actors; shown in a small theatre; the chemistry between the actors supreme, the dialogue – authentic, accessible, as if you’d said/thought it yourself (but you didn’t), and perfectly character pitched…but I think I already said that.

The relationship between the two is loving and uncomfortable and thoughtful and at times prejudiced and constructed by their unshared/shared history.

This is twenty five years since the end of apartheid but there’s still so much undiscussed, unexplored, and unresolved. There are also some beautiful high moments, like when they are discussing King Lear. Not only reading and practising the text, but talking about it – in everyday terms, placing it very much in our understanding of it in society today. 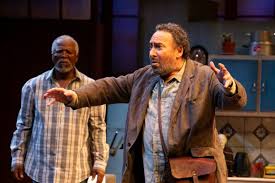 If I could present every young person with a seat in the audience I would. Shakespeare is not just honoured, but also understood.  But I think my enjoyment of the play was more than this.

It was listening to the experience of being in a ‘taxi’ in Soweto; it was the gratefulness to the playwright (John Kani, who is also one of the actors) for gifting us with such a thoughtful representation of South Africa today; it was watching two great actors – perform; it was the triggering of memories of visiting such a tough and strong nation in my younger and not so younger years.

My pleasure also came from attempting to understand the issues from a distance, even with my own perceptions and ideas of older age, illness and politics.

Did I mention the actors?….The dynamic between both John Kani and Antony Sher is feast-filled.  They are not just great actors, but together sublime. 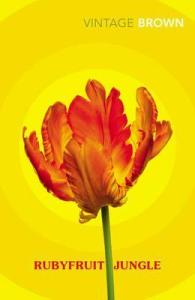 This book is an absolute joy.

Molly Bolt is not just a gift to the reader, but a bequest to women and men globally.

She’s forthright, sharp, uncompromising, unwavering and chock-full of integrity. Sexually active and aware, I couldn’t stop admiring her determination and resolve in every aspect of her life.

From page one, I was laughing in-loud for the best part of novel. She’s bright and learning as she grows. At times, she might be a little more outspoken to her elders then you’d wish your own children to be, but she does have a point.

It’s also so much more than that. It’s a social narrative, a credit to Ms Brown, a serious examination of how we see others and our prejudices and a novel that if I was a Novel Physician, I’d prescribe to all my patients.